Car Thieves are using technology used by breakdown services to get past car locks.

This is being done in under 60-seconds on many occasions and without a scratch. This was controversially revealed by investigators at BBC Watchdog.

Criminals have devised a technique that allows them to break into cars and simply drive away with some of the most expensive and secure cars on the market. All this is done using a hi-tech device that is easily bought online to get inside the vehicle.  They then get a second electronic device to re-programme a blank electronic key to start up the vehicle. The process of this literally takes minutes.

In some cases, some of the insurers have refused to give cover to cars which are parked on public streets due to this recent rise.

A spokesman for Watchdog said: “A demonstration for the programme shows how a BMW X6 key can be programmed in just 12 minutes and a Range Rover Evoque in just 10-seconds”.

You can read the full article here

The number of vehicles stolen in the UK has risen by 30% in the past 3 years.

Car crime is on the rise again according to the data collected by the RAC insurance. The number of vehicles stolen in the UK has risen by 30% over the past three years.

Below are the most popular thefts. 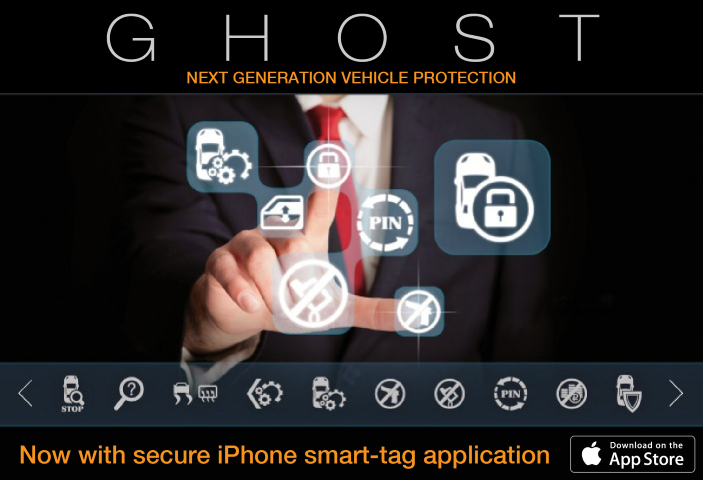 Read more in this latest article regarding the issue

Next-generation device which secures your vehicle without the need for cutting, wires or adding after-market key fobs.

This device is connected directly to the vehicles CAN data network and comes with a personalised PIN code which is programmed into the Ghost using the buttons on your steering wheel or dash. It does not have any key-fobs or LED indications to give its location away. Basically this is chip and pin for your vehicle!

Finally, if you would like to find out more about this new revolutionary vehicle protection please visit our Immobilisers Page

Keep up with all our latest offers, products and promotions

If you would like to keep informed of other similar offers, promotions and our new products. Please join Sounds Alarming on our Facebook Page.

This website uses cookies to improve your experience while you navigate through the website. Out of these cookies, the cookies that are categorized as necessary are stored on your browser as they are essential for the working of basic functionalities of the website. We also use third-party cookies that help us analyze and understand how you use this website. These cookies will be stored in your browser only with your consent. You also have the option to opt-out of these cookies. But opting out of some of these cookies may have an effect on your browsing experience.
Necessary Always Enabled
Necessary cookies are absolutely essential for the website to function properly. This category only includes cookies that ensures basic functionalities and security features of the website. These cookies do not store any personal information.
Non-necessary
Any cookies that may not be particularly necessary for the website to function and is used specifically to collect user personal data via analytics, ads, other embedded contents are termed as non-necessary cookies. It is mandatory to procure user consent prior to running these cookies on your website.
SAVE & ACCEPT